Two weeks ago, after much discussion with my husband and a couple of close friends, I made the decision to leave my job of 15yrs at GC 90.7FM at Gulf Coast State College.

I originally started out as a student in the Communications/radio/television program  and was approached fairly early on by then station manager Frank Sundram to come on board as a part time employee after a brief stint as a volunteer. Together we started the Community Calendars and in better economic times the calendar actually split into 2 calendars, Cultural and Community due to the abundance of underwriters wanting to fund it. I also had the pleasure of serving as producer for some of the Emerald Coast Almanac shows for Professor Armstrong in the 90's.

Eventually I added website contributor to my resume as we moved the calendars to an online format, served at meet and greets with our listeners, and embraced the social media movement as a valuable tool in public awareness of who we were, what we did and what our vision was for the community. I asked for and got permission to take on our social media presence as a personal responsibility and  increased our page numbers, created graphics, wrote content, and eventually served as admin on 6 separate pages. My love for photography came into play as I photographed the staff working, playing and just being themselves. Those photographs always garnered the most attention on our FB pages. It has always been a lot of fun.

As the years passed, our staff size decreased and our local show line up increased. Meetings were held to keep the staff abreast of all changes as they became known and I felt like maybe there was something more than calendars, photography, fund drives and social media for me. Maybe I should throw my name in the hat to step up and find a place hosting if I was needed.

I met with Harley, our Operations Manager, to see if it was something worth pursuing. All he asked is that it be a genre of music that I was passionate about. That happened to be funk music, which was already in the local, Saturday night line up on Funk 180. It was also Harley's concept, creation and one of a few shows already being hosted by him. To my surprise he gave it to me almost without hesitation. I was in shock. I went from never hosting anything to 3 hours of content that was all up to me and me alone.

I was IN OVER MY HEAD!

The first show took me 9 hours to put together. It was only 3 hours of music but my love of the genre did not mean I had a huge working knowledge of funk music, just the songs that I really liked already. And we had almost a thousand songs to choose from. Time passed and under Harley's patient tutelage I eventually got a better handle on how to use the technology and how to put together a good show, both content-wise and flow-wise. Hosting Funk 180 has probably been the best part of all these years at GC 90.7 FM and I am very grateful for the opportunity to do it. If you're reading this, THANKS HARLEY!

I want to say that I feel very lucky to have been a part of the family at GC 90.7 for so long. I could not ask for a finer group of people to work with anywhere.

I never finished my degree in Communications but I hope to do so in the next couple of years. I will also continue to work as a substitute teacher at Bay High School here in Panama City. I will continue to blog but will be deactivating my professional FB page. My last Funk 180 show is August 16th and it is non-stop my favorite funk tunes for 3 solid hours so make sure you tune in! 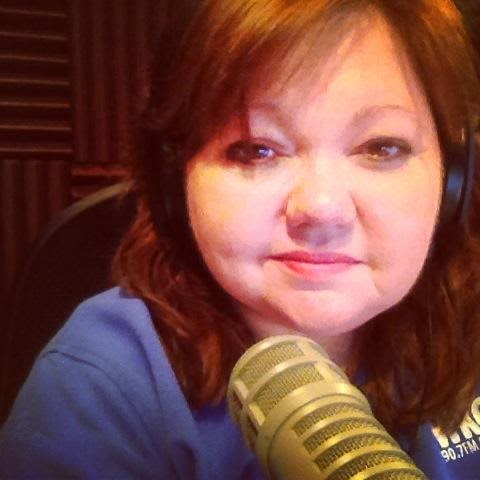 I have added another blog to my stable of blogs that  I do not write upon nearly enough.

It is entitled, " Does This Mountain Make My Butt Look Big?" and oddly enough it came from a conversation about just that one afternoon in Pigeon Forge TN. with some lovely friends of mine.

It went on to become a blog on a message board that had quite a bit of positive interaction so I am bringing it out of the message board and online publicly. Lord help me!

Here is the address:

Thanks and come over and check it out!